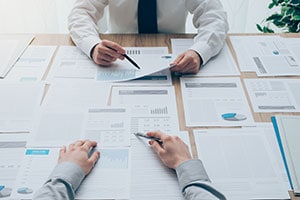 Stem cell therapy is a new type of advanced treatment that is showing promising results for repairing brain damage and restoring dead cells for people with cerebral palsy. Because cerebral palsy is caused by brain injury at birth, stem cell therapy can offer unique benefits and potentially reduce the extent of physical disability in people living with CP. As research continues to develop, doctors are hopeful that stem cells can even help prevent the development of complications associated with CP.

There is no cure for cerebral palsy. This is often the first question that is asked when new treatments emerge for CP. At this point, some researchers are still skeptical about whether or not stem cells will cure CP.  The main goal of their research is to help reduce the number of disabilities caused by the condition and to possibly limit the amount of brain damage. In a perfect scenario, stem cells would be able to stop brain damage before it even starts.  The possibility with stem cells is endless. But stem cell research for CP is still in its preliminary phases. Results from human subjects in the U.S. are still years away.

Cerebral palsy is caused by a lack of oxygen to the brain during birth or pregnancy. This lack of oxygen is known as hypoxic-ischemic injury and it causes damage to the protective layer of neurons in the brain known as the myelin sheath. The myelin sheath surrounds the neuron to keep it healthy and alive, but when it is damaged or destroyed the nerve cell decays and eventually dies. If there was a way to prevent the support cells that form the myelin sheath from dying, it could also prevent or mitigate the impairments caused by CP. This is where the possibility of stem cells come into play.

Stem cells are unique in the sense that they are known as unspecialized cells that can form into virtually any kind of specialized cell, including brain cells. This process creates the opportunity to take the stem cells and manipulate them to replace the damaged myelin sheath and protect the neuron from dying, thus avoiding further brain damage. This process of taking unspecialized cells and transforming them is known as differentiation. Stem cells also can replicate themselves over and over again. This gives doctors a nearly endless amount to be used in research trials.

What Types of Stem Cells Are Used?

There are currently four different stem cells being used in trials for CP stem cell research. These four stem cells include:

Each stem cell has its benefits. Researchers have differing opinions on which one would work best for treating CP.

Some experts consider MCS to be most effective when treating young children and infants. In animal trials, MCS has shown consistent success and is considered a safe option for trials in human brains. On the other hand, some experts also believe that human umbilical cord stem cells (HUC) would be most beneficial for people specifically suffering from CP.

HUCs have multiple benefits for being used. First, there is a consistent supply of HUCs from harvesting and donations of umbilical cords.  This can speed up research.  So it easier for doctors to find an effective treatment.

HUCs also go through a rigorous screening for bacteria and viruses. This helps avoid any possible contamination that would be harder to identify with other stem cells. Through the screening process, doctors have also identified various genes and proteins that can make it easier to find the best stem cells for treatment. These are called "golden cells". With umbilical stem cells, HLA matching is not required. So anyone can be treated with it.

How Far Are We in Stem Cell Research?

Stem cell therapy for treating CP still has a long way to go. Currently, trials are being conducted in mice. The results so far have been successful in reducing brain damage and limiting the number of side effects. While promising, the trial results should be taken lightly as the animal brain and the human brain can have drastically different reactions to treatments. However, due to these positive results in mice, four new human clinical trials have recently begun for very small groups of people. The results of human trials will still take years to produce.  Then treatments will have to be approved by different health organizations, like the FDA, to be offered to the patients.  So the research is booming but nothing is imminent.

Parents are desperate for the kind of stunning changes in quality of life that stem cells could one day provide their child.  So there are lots of doctors online encouraging people to bring their children to Panama and other sites outside of the United States.  You should talk to your child's doctors if you are considering such a thing.

How Can I Get Involved?

If you or someone you know has CP and has exhausted other methods of treatment for symptoms, there are some ongoing trials that are looking for subjects. Before deciding to become a subject for a clinical trial, you should be aware that there will be potential risks involved with taking the treatment. Even though animal trials have been successful, the human brain is much more complex and may not respond in the same way.

Georgia Regents University has an ongoing trial for using cord blood stem cell infusion to treat CP. Subjects must be children between the ages of 1 and 12 who have already been diagnosed with CP. The University of Texas Health Science Center at Houston is also conducting an ongoing trial using two different stem cell methods to treat CP. Subjects must be between the ages of 2 and 10 and diagnosed with CP.

For further information in regards to joining clinical trials, call the National Institute of Health's (NIH) patient participation hotline at 1-800-411-1222 or the Cord Blood Registry (CBR) at 1-888-932-6568. Be aware that clinical trials may have different requirements in order for a person to be eligible for the treatment. Results from the trial may also take a long time to develop, with results sometimes taking up to a year or more to be released.