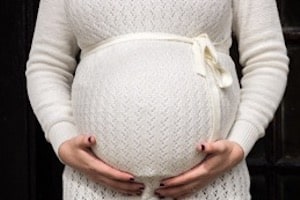 What is HELLP Syndrome?

HELLP is an acronym used to identify the unique collection of symptoms and internal functions involved in the condition.

Hemolysis is the process through which the human body regularly breaks down red blood cells when they die. Red blood cells are the most numerous type of cells in the body. They have a very short life cycle which lasts about 120 days. This means that millions of red blood cells are dying inside the body every day and must be broken down and disposed of.

The "EL" in HELLP syndrome stands for elevated liver enzymes which are a reflection of liver function. When the liver is damaged or not functioning properly it will leak high levels of liver enzymes into the bloodstream.

Platelets in the blood a very important because they enable the blood to form clots. When the platelet count in the blood is abnormally low it creates a dangerous condition called thrombocytopenia.

The interrelation between preeclampsia and HELLP syndrome frequently leads to misdiagnosis or failure to diagnose the condition. Many of the signs of HELLP are also the earliest symptoms associated with preeclampsia. Aside from preeclampsia, HELLP is also frequently diagnosed with other complications and conditions during pregnancy including gallbladder disease, hepatitis, and a bleeding disorder called ITP.

Outward physical symptoms of HELLP Syndrome can sometimes be tricky to single out since they are often related to other conditions. However, the following symptoms are commonly associated with HELLP:

HELLP syndrome may cause additional, secondary symptoms including:

Diagnosis of HELLP almost always occurs in the 3rd trimester. The condition can occur earlier in pregnancy but this is very uncommon. In some instances HELLP syndrome may not occur until the final few days before labor and delivery.

HELLP syndrome is one many pregnancy complications or conditions in which the options for treatment and/or management of the condition are highly dependent on the stage of pregnancy. Much like preeclampsia, HELLP can be very problematic for the continued health of the baby so when the condition occurs late in gestation the standard response is immediate delivery. Immediate delivery of the baby is the only way to ensure HELLP will not impact the baby before birth.

When HELLP syndrome occurs earlier in pregnancy (before 34 weeks) immediate delivery of the baby is usually not considered an option. Instead, management and monitoring are usually the only options for early-onset HELLP syndrome. Options or doctor recommendations for managing HELLP may include:

When it is time to deliver the baby in a mother with HELLP syndrome, some doctors will insist on a preemptive C-section delivery. This was the previous standard of practice for cases of HELLP syndrome. However, recent obstetric guidelines have changed and now suggest that vaginal delivery should at least be attempted in women with HELLP (assuming all other conditions are favorable). The reason for this shift in policy is that HELLP does not necessarily dictate the need for a C-section and a Cesarean procedure may be complicated by HELLP if the mother had blood clotting problems.

The exact cause of HELLP syndrome is not fully known yet. There is clearly a known correlation between HELLP and preeclampsia and other hypertension conditions. However, many cases of HELLP are entirely unrelated to preeclampsia. There some additional conditions which increase the risk of developing HELLP syndrome:

Risks and Dangers of HELLP Syndrome

HELLP syndrome by itself can be very dangerous for the health of both baby and mother, especially when not timely diagnosed and treated. However, another real danger of HELLP syndrome is that it can trigger a host of very serious pregnancy or childbirth complications including:

HELLP syndrome (and the related complications and risks above) can be life threatening in some cases. The infant fatality rate with HELLP syndrome can range from as low as 10% to as high as 50% depending on various factors such as gestational age at diagnosis, severity of component symptoms, etc.