Developmental Milestones in The First Year of Life 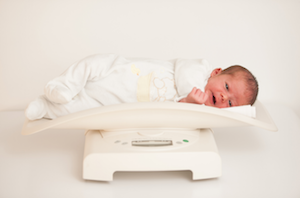 Babies acquire new physical, mental, and emotional capacities as they grow up. Keeping track of a baby’s progress helps to identify developmental issues as early as possible.

It’s okay if you’re baby hasn’t checked off every milestone by the target age. Every child is different, and many developmental delays improve with time. However, it’s always a good idea to consult a pediatrician if your baby isn’t reaching important milestones.

Failing to hit important milestones can be a sign of a vision or hearing problem. It can also be a sign of an underlying condition, such as autism, muscular dystrophy, Down syndrome, or cerebral palsy. Conditions like cerebral palsy are sometimes the result of a birth injury.

The milestones in this list are primarily taken from the Centers for Disease Control and Prevention and the US Department of Health and Human Service’s MedlinePlus. It includes a variety of motor, emotional, visual, cognitive, and language skills.

A newborn baby won’t do much more than eat, cry, and sleep. A newborn’s movements will mostly just be reflexes—grabbing onto a finger, for example. By the time they are a month old, your child may watch you when you hold them or talk to them. They will respond to lights and sounds as well as faces.