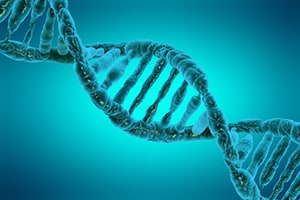 Cystic fibrosis is a progressive genetic birth defect that primarily affects the lungs and the digestive system.  CF results when a child inherits a mutated "CF gene" from both of their parents, who must either be carriers (having only one mutated "CF gene") or have the condition themselves.

Children born with cystic fibrosis have an overabundance of mucus, which can clog up the lungs, lead to infections, and create difficulties with digestion and growth. Cystic fibrosis is usually be identified with prenatal testing.

Is Cystic Fibrosis A Birth Defect?

Cystic fibrosis is a birth defect that occurs whenever someone inherits the "CF gene" from both of their parents. It occurs in 1/3500 births.

As this is a recessive disease, if only one gene is present then that person is a "carrier" but will not experience the symptoms of this condition. If your child does have this condition, then certain aspects of their body's cell regulation will not function properly, leading to adverse symptoms.

The regular movement of salt throughout the body and cells is inhibited, leading to a harmful build-up of mucus in your child's organ systems, most usually the lungs and digestive tract.

What Are the Symptoms of Cystic Fibrosis?

Cystic fibrosis is usually diagnosed with a child is very young. The primary symptoms are respiratory infections and poor weight gain.

When mucus builds up in the lungs, the tubes which normally allow the free flow of air become blocked, and this can create difficulties with breathing. As a result, persistent coughing with thick mucus or shortness of breath may result. These symptoms can also be accompanied by breathlessness,  intolerance for exercise, or a stuffed-up nose.

The buildup of mucus can also lead to frequent lung infections, including pneumonia or bronchitis. Other complications may include damaged airways (bronchiectasis), growths in the nose (nasal polyps), coughing up blood, and gradual respiratory failure over time.

As for the digestive system, the build-up of mucus can block the passageway which transports digestive enzymes from the pancreas to the small intestine. As a result, limited growth or weight gain despite a good appetite is a prominent symptom of cystic fibrosis, due to inadequate nutritional absorption.

One symptom of a child born with cystic fibrosis is severe constipation or especially greasy or foul-smelling stools.  In newborns, it is also important to keep an eye out for intestinal blockage or rectal prolapse, as these may also be a sign of cystic fibrosis. Due to the blockage of the passageway from the pancreas, the transport of insulin may also be blocked which can lead to the development of diabetes as a complication. Furthermore, the tube that carries bile from the liver and gallbladder to the small intestine can also become blocked and inflamed, which may lead to liver problems or gallstones.

Other symptoms that may arise with cystic fibrosis include

The severity and occurrence of symptoms may differ wildly.

How Is Cystic Fibrosis Diagnosed?

Today, most children in the United States are screened for cystic fibrosis at birth.  Although this screening will not always catch cystic fibrosis, it is an important first step and can detect the disease even if your child is pre-symptomatic.

If your child is showing some of the symptoms of cystic fibrosis, your doctor should recognize this during a clinical evaluation and order additional testing - such as a sweat test and a genetic test - to confirm the diagnosis. Through the combination of these procedures, most cases of cystic fibrosis are diagnosed by age 2.

Unfortunately, cystic fibrosis may be misdiagnosed and could lead to the condition being misdiagnosed as something else such as asthma, or symptoms such as pneumonia may be accurately diagnosed without recognition of the underlying cause.

What Are the Treatments for Cystic Fibrosis?

Unfortunately, there is no medical "cure" for cystic fibrosis. Although no cures for cystic fibrosis are known, treatments which have been developed in the last century are capable of maximizing organ function and helping to protect against life-threatening complications. The most beneficial therapies for your child should be determined by their physician based on their unique needs. The majority - but not all - of these therapies are typically administered daily.

For the Digestive System: