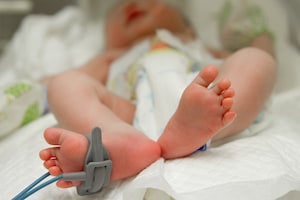 The frequency and severity of seizures in CP children varies dramatically. Some children with CP may experience a few minor seizures a year while others may have dozens of major seizures every day. Seizures can be a particularly difficult condition for children with cerebral palsy. They are not only uncomfortable and disruptive but they can actually lead to dangerous situations and accidents.

Phenobarbital is properly the most widely utilized and well known prescription drugs given to children with all types of cerebral palsy. Phenobarbital belongs to a class of drugs known as barbiturates. All barbiturates work by essentially slowing down or relaxing certain types of brain activity. For children with cerebral palsy phenobarbital is used as an anticonvulsant which blocks or minimizes the neurologic actions that trigger seizures. It also has the side benefit of being a sleeping aid. Phenobarbital comes in tablets or liquid form and typically must be taken multiple times daily. Of all the various anti-seizure drugs used in CP treatment, Phenobarbital has the longest track record of success.

Clonazepam (also known by U.S. brand name Klonopin) is a family of drugs known as benzodiazepines. Clonazepam and other benzodiazepine drugs work by curtailing abnormal electrical impulses within the brain. The drug is most frequently used to control epileptic seizures in children with cerebral palsy who are epileptic. Clonazepam is also a strong muscle relaxant and sleeping aid which makes it highly beneficial for kids with spastic cerebral palsy where excessive muscle tone is a primary symptom. 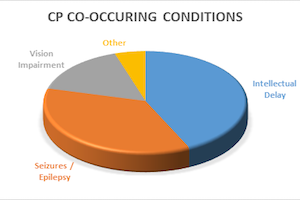 Phenytoin (also known by the brand name Dilantin) is classified as an anticonvulsant and it helps prevent seizures by limiting certain types of electrical impulses within the brain. Unlike the other more powerful drugs described above, Dilantin only helps with specific types of seizures. Dilantin is effective against epileptic seizures such as tonic-clonic or so called "grand mal" seizures. However, the drug is not useful for preventing absence / drop seizures and can actually make these types of seizures occur more frequently. One of the primary benefits of Dilantin over other drugs is that it is not addictive.

Carbamazepine is better known by its U.S. brand name Tegretol and is classified as an anticonvulsant. Tegretol works by curbing certain types of electrical transmissions within the brain that are known to trigger seizures. Like Dilantin and other related anticonvulsants, Tegretol only works for the type of seizures typically associated with epilepsy. Tegretol is not useful for preventing other types of seizures such as absence seizures and myoclonic seizures. Tegretol is not habit-forming which makes it a safer, less problematic alternative to the more powerful drugs used to prevent seizures.