Cerebral Palsy and the Brain 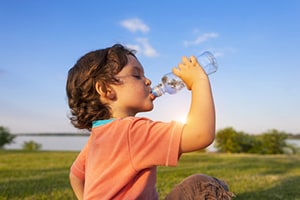 Cerebral Palsy is caused by either a brain injury or brain malformation that occurs while the brain is developing and can occur before, during, or after birth. The resulting brain damage can affect a child's muscle control, muscle coordination, muscle tone, reflex, posture, and balance during development. It also can affect a child's fine motor skills, gross motor skills, and oral motor functioning.

Cerebral Palsy can be caused various different types of brain damage. It can be caused by cerebral dysgenesis, hypoxic-ischemic encephalopathy, an intraventricular hemorrhage (neonatal brain bleed), or periventricular leukomalacia.

Cerebral dysgenesis differs from the other three types of brain damage that can cause cerebral palsy because it is the result of a brain malformation, not necessarily a brain injury. This brain malformation, also referred to as abnormal brain development, can be the result of a brain not fully developing, a brain that grew abnormally, a brain that did not properly or fully divide, or a brain that developed without organizing itself completely or properly.

Cerebral dysgenesis can really occur at any point during fetal development after conception, however, the first 20 weeks of gestation are critically important and any type of insult to the brain could have serious effects. Cerebral dysgenesis can be caused by incidents of genetic mutations, infections, fever, and trauma, however, just because there is the presence of one or more of these factors does mean the child will develop the disorder; it merely raises cause for concern.

With respect to genetic mutations, in early stages of brain development one damaged cell can replicate and multiply nearly an infinite amount of times and could possibly overtake non-damaged, normal cells and cause a brain malformation. Second, infections are a very serious contributing risk factor. When the body attempts to fight off infection, one of its methods is to produce cytokines. Cytokines ultimately pass through the blood and nervous system of a fetus and can increase the developing brains susceptibility to asphyxia and additionally cause inflammation, which both can cause significant damage to the nervous system.

Cytomegalovirus, Rubella, Herpes Simplex Virus, Syphilis, Toxoplasmosis, and Varicella are maternal infections which are known to be risk factors for the development of cerebral dysgenesis. Lastly, fevers in a mother during pregnancy can initiate an inflammatory response which can be potentially damaging.

Hypoxic-Ischemic Encephalopathy, also referred to as Intrapartum Asphyxia, is a brain injury that results from a lack of oxygen to the brain. A brain can compensate for short periods of oxygen depletion, however, when the depletion last for too long brain tissue becomes severely damaged if not destroyed. Intrapartum Asphyxia is most commonly seen in close to full-term infants, but it can also occur earlier. Different areas of the brain are affected depending on the level of hypoxia at or after 40 weeks and have a significant bearing on symptoms the child experiences.

An intraventricular hemorrhage is simply stated as a brain bleed or brain hemorrhage. Brain bleeds are very difficult to predict and result in damage which impairs the ability to control cognitive and motor functions. Hemorrhages are classified as arterial or venous and both have different and serious effects.

Arterial hemorrhages result in a depletion of oxygen to tissues while venous hemorrhages result in a depletion of blood to the heart. Intraventricular hemorrhages cause significant injury to the brain when the bleed is isolated and forms what is called a hematoma. When a hematoma is formed, it is essentially swelling within a given area that as a result can damage and kill surrounding tissue due to compression or by reducing blood supply. The swelling and obstruction of blood supply can also cause what is referred to as hydrocephalus, which is condition where there is increased fluid in the brain. This fluid can cause dangerous pressure and can require surgical procedures to mitigate.

Intraventricular hemorrhages are one of the most common risk factors for the development of cerebral palsy and are most common is premature infants. They are more common in premature infants who have respiratory distress syndrome, a collapsed lung, or hypertension. Intraventricular hemorrhages are most likely to occur within two days of birth and the chances of developing them decrease thereafter.

Lastly, there are five different forms of intraventricular hemorrhages that patients should be aware of. The first, an intraventricular hemorrhage, is caused by an intraparenchymal bleed within the corpus callosum, which is the link made up of nervous tissue between the two cerebral hemispheres which permits communication between the two. Common causes include respiratory distress syndrome, high blood pressure, collapsed lungs, head injuries, shaken baby syndrome, and fetal stroke.

The fourth type is a subdural hematoma which usually results from very severe head injuries due to direct trauma from severe shaking, birth trauma, child abuse, or shaken baby syndrome. This type of hematoma usually results in irreversible brain damage. Lastly, the fifth type is an intracerebral hemorrhage which results from blood vessels bursting between the brain and skull, often from a severe head injury. Serious damage can occur to the nervous system when bleeding occurs and cerebrospinal fluid is present. Commonly, either the anterior portion of the temporal lobe or the posterior portions of the frontal lobe experience this type of hemorrhage.

Periventricular leukomalacia (PVL) is the final type of brain damage that can cause cerebral palsy. Periventricular leukomalacia occurs when damage to the white matter of the brain results in death and decay of injured cells, which leaves empty spaces within the brain. These spaces are referred to as lateral ventricles, which ultimately will fill with fluid called leukomalacia. Periventricular white matter in the brain transports nerve impulses that control motor function and when this area is damaged, the result is usually spasticity and intellectual impairment.

Research has strongly suggested that intrauterine infections are a very strong factor for developing periventricular leukomalacia. It is believed that when these infections occur, toxins are released that affect the membranes around the fetus and then travel through amniotic fluid to the developing brain which results in injury. Additional causes of periventricular leukomalacia include decreased blood flow or cell damage to periventricular tissue, infants born before 32 weeks and then ventilated, hypotension, hypoxemia, acidosis, and hypercarbia in ventilated premature infants.