Early Signs of a Baby with Brain Damage 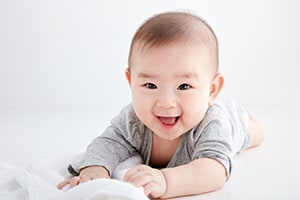 When a baby endures complications during labor and delivery or doctors diagnose or suspect a birth defect, parents fear the baby is brain damage.  Unless the injuries are readily apparent, the pediatrician typically tells the parents that it is too soon to know if a newborn - or even toddler - is brain-damaged.  You rarely see an early definitive diagnosis of brain damage in babies because a brain injury is difficult to detect at such a young age.

The pediatrician's answer is correct but incomplete. What you really want to know is the odds that your infant has suffered brain damage at birth.

Your pediatrician would rather kick this question down the curb either because she does not know or would rather not tell you. You want to know the answer because not knowing is driving you crazy. More importantly, early intervention is important to achieving the best outcomes for children with a birth injury.

We can't tell you what the odds are that your infant has suffered brain damage at birth (or in utero).  But we can help you better understand the early signs of brain damage so you can know better understand what you and your baby are facing.  More likely than not, with information you gain on this website and elsewhere, you will know whether your child has a brain injury long before a doctor ever confirms your hypothesis.

Before we get started, remember one thing: most parents who believe their baby has a brain injury at birth are ultimately proven wrong.

Injuries to the brain are the most serious type of birth injury.  Damage to the brain of a newborn is the most common cause of infant mortality and permanent physical disabilities such as cerebral palsy. Infant brain injuries can be caused by one of three things:

Infant brain injuries are rarely confirmed right away even when children have extended stays in the NICU.  Some brain injuries are not formally diagnosed until the child turns one or two.  For parents who are concerned that their child may have suffered a brain injury during childbirth, understanding the possible symptoms of such an injury is very important.

Some of the earliest early signs of possible brain damage in newborns are physical abnormalities that can be observed just by looking at the baby. These early physical symptoms are only present with certain types of brain injuries.

The early, outward signs of infant brain damage are frequently hit or miss. Some infants with very severe brain injuries may not exhibit any of the early physical signs. Others will.